UBC Study Leads to Health Canada Warning About an Antibiotic 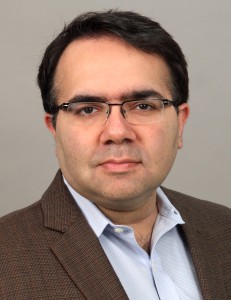 Four years after UBC researchers first demonstrated a statistical connection between a type of antibiotic and retinal detachment, Health Canada has recommended a change to the warning label for the medications.

A panel of the Marketed Health Products Directorate concluded earlier this month that it could not rule out a potential link between retinal detachment and use of oral fluoroquinolones, which are widely used to treat bacterial infections, especially of the respiratory and urogenital system.

Retinal detachment, a medical emergency, is a separation of the retina from the layer of support tissue and blood vessels at the back of the eye that provide the retina with oxygen and nutrients. Detachment could results in the appearance of debris in the field of vision (spots, hairs or floating strings), the perception of flashes of light, the sensation that a shadow or curtain has come down over a portion of a person’s visual field, or sudden and complete loss of vision in the affected eye.

The review committee recommended to manufacturers of oral fluoroquinolones that they revised labeling on such products “to highlight the urgency to consult a health care professional if patients experience vision problems during or following oral fluoroquinolone’s administration.” 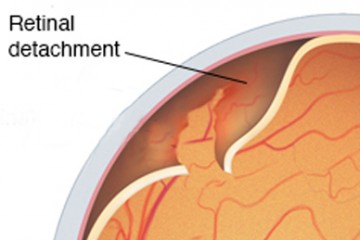 “This is the first study, to our knowledge, demonstrating that oral fluoroquinolones are associated with an increase in the risk of a retinal detachment,” said the JAMAarticle, whose lead author, pharmacoepidemiologist Mahyar Etminan, is an Assistant Professor in the Department of Ophthalmology and Visual Sciences. David Maberley, now head of that department, was the senior author.

Subsequent studies, including one from Taiwan, found a similar link. In Health Canada’s second review of the issue (the first, in 2013, did not find enough evidence to act), it found 22 reports internationally of retinal detachment linked to oral fluoroquinolones. The UBC study was one of two publications cited by Health Canada in guiding its recommendation.