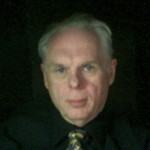 Currently my research is directed at developing simple behavioural, non-invasive tests of visual function in small laboratory animals. This is of widespread interest in the research community as most medical research on the causes and treatment of visual diseases go through a stage where there is extensive testing in small laboratory animals. In the past, researchers have had to rely on anatomical or electrophysiological measures to gauge the state of the eye, and these techniques have their own strengths and weaknesses. They also do not measure what we really care about in a patient: does the treatment improve vision in a patient?

Together with Dr. Glen Prusky, now at the Weill Medical College of Cornell University, we have developed two visual tests for small rodents:

Our experimental investigations using these two tasks have 3 themes:

My early research in Graham Goddard’s lab was on long-term potentiation in the hippocampus. Together with fellow students Carol Barnes and Bruce McNaughton we established that LTP had all the characteristics necessary for it to be the basic mechanism of memory. I then spent an intellectually stimulating but professionally unproductive period at McGill University studying plasticity in visual-vestibular interactions and the role of the superior colliculus saccadic eye movements. I have always been interested in vision and since the mid 1970s I’ve collaborated with Max Cynader and his students in electrophysiological studies of processing in visual cortex.